The Stark Oil & Gas Partnership has a great working relationship with the Pro Football Hall of Fame in Canton and is grateful for their support of the Partnership's programs and initiatives. 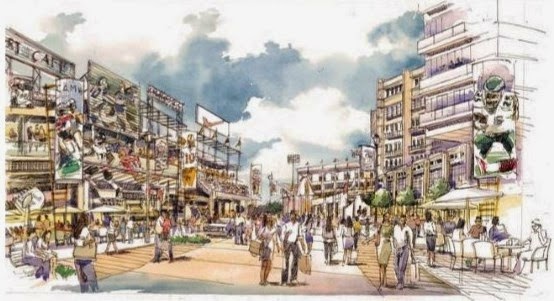 It was exciting to learn of the Hall of Fame's idea to create a village around the shrine that would change the face of not only that area but all of Canton and Stark County. The prospect of including a convention center and a four-star hotel turned heads in this area and at the national level, with leadership of the National Football League and its 32 team owners.

"For starters we have the Hall of Fame here, and we have this incredible metaphor for excellence," Hall of Fame president David Baker told The Repository. "No one thought Kissimmee, Florida, would be what it is today...Most people don't know Disney World is located in Kissimmee. Look at what they did."

Whatever shape the Hall of Fame's plans ultimately take, the ongoing growth of the internationally known museum will only serve to strengthen Stark County's economy, provide more jobs, and improve the region's quality of life—all things to which the Stark County Oil & Gas Partnership is dedicated.

Posted by Stark Carroll Oil and Gas Partnership at 10:19 AM No comments: