Ohio at the Center of USA's Surge to World Energy Dominance

“The volume just keeps going up and up.”

That sentence highlighted a report on the Crain’s ClevelandBusiness website that outlined how oil and gas producing states outside of Texas and Oklahoma are driving the surge in U.S. production. 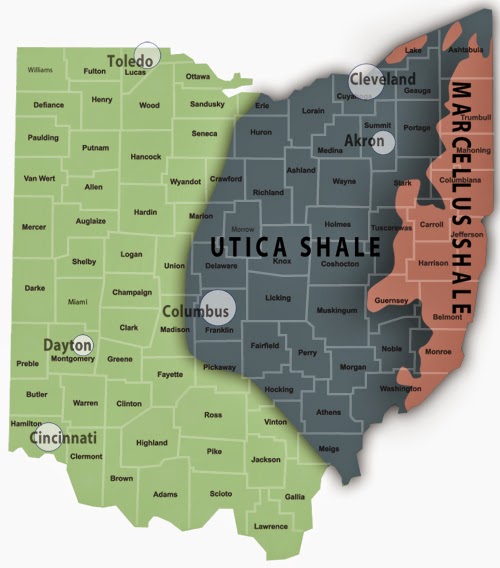 “The Marcellus and Utica shale plays continue to become a larger slice of the nation’s energy pie,” said the report, which points out that the progress in the region is beginning to dwarf that of other oil-producing regions in the country.

A separate report at CantonRep.com indicated that the Utica Shale had surpassed the 1,000-well mark for wells listed as drilled, drilling or producing.

Those encouraging reports were followed by data from theEnergy Information Administration  indicating that in April the U.S. produced 2 million more barrels per day of oil and natural gas liquids than Saudi Arabia, “the largest difference ever recorded between the two nations.” The report went on to state that such an “energy miracle has been made possible by the shale oil and gas booms” in states around the country.

As the article on the Motley Fool website points out: “People who think America’s oil boom will prove to be short lived fail to realize that the United States has some of the largest shale formations in the world.”

The article points out that the shift in energy dominance from Saudi Arabia and the Middle East to the U.S. continues, offering “more stable energy prices, scores of new high-quality jobs, and increased world stability.”


Stark County and the surrounding region are playing an important role in that shift, and stand to benefit for years to come from the oil and gas exploration and drilling taking place in the Utica and Marcellus shale plays.
Posted by Stark Carroll Oil and Gas Partnership at 8:08 AM No comments: