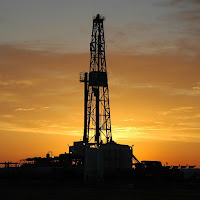 "We think our Ohio Utica is a tremendous asset poised for significant growth for many years to come."

Those words, from American Energy Partners CEO Daniel J. Rice IV, suggest that predictions of the demise of the oil and gas industry in Ohio may be premature.

According to a report in the Columbus Dispatch, "Ohio oil and gas production continues to break records despite warnings that sharply falling oil prices will cause the industry to decline."

The Dispatch report quoted a Marietta College professor as saying that companies "have been finding ways to reduce the costs of drilling and completing wells, which makes some of the wells viable even as energy prices fall."


Visit our website for more information about the impact of oil and gas in Stark and Carroll counties.
Posted by Stark Carroll Oil and Gas Partnership at 6:56 AM No comments:

The Stark Carroll Oil & Gas Partnership continues to be a leading advocate for oil and gas exploration, and for bringing jobs, residents and opportunity to the region. Supporting our efforts are several leading industry organizations that, together, we refer to as our Energy Partners.

The American Petroleum Institute (API) is the only national trade association that represents all aspects of America’s oil and natural gas industry. API's mission is to influence public policy in support of a strong, viable U.S. oil and natural gas industry. Their more than 600 corporate members, from the largest major oil company to the smallest of independents, come from all segments of the industry. They are producers, refiners, suppliers, pipeline operators and marine transporters, as well as service and supply companies that support all segments of the industry.

Although the organization’s focus is primarily domestic, in recent years their work has expanded to include a growing international dimension, and today API is recognized around the world for its broad range of programs. API’s website is www.api.org.

Launched by the Independent Petroleum Association of America (IPAA) in 2009, Energy in Depth is a research, education and public outreach campaign focused on getting the facts out about the promise and potential of responsibly developing America’s onshore energy resource base—especially abundant sources of oil and natural gas from shale and other “tight” formations across the country. The campaign is an effort that benefits directly from the support, direction and technical expertise of a broad segment of America’s oil and natural gas industry, led in Washington by IPAA, and guided on the ground by IPAA’s more than 6,000 members and affiliates in the states. Learn more at www.energyindepth.org.

Through Energy Nation, America’s energy workers—employees, retirees, vendors, suppliers and their families—are united and their voices amplified to reach decision-makers in their communities, states and in our Nation’s capital to help secure a stronger, more independent American energy future. Members of Energy Nation play a part in defending American energy development and American energy jobs. Energy Nation gives members throughout the country the opportunity to learn and engage with each other about the issues that matter to our industry, to influence the debate happening in their communities and interact directly with elected officials. America has the resources, the technology and the talented professionals needed to be the world’s energy superpower. Energy Nation is working to make that potential become a reality. Their website is www.energynation.org.

The Ohio Oil & Gas Association (OOGA) is a trade association with more than 3,100 members involved in all aspects of the exploration, production and development of crude oil and natural gas resources within the State of Ohio. OOGA's mission is to protect, promote, foster and advance the common interest of those engaged in all aspects of the Ohio crude oil and natural gas producing industry. The organization strives to serve the broad range of entities involved in the Ohio oil and natural gas industry by being an effective voice in government and the media as well as an information resource to the membership. Learn more online at www.ooga.org.

Each of these organizations have been active partners of the Stark Carroll Oil & Gas Partnership. We are thankful for their leadership and support.


This article was originally submitted for publication in ShaleMart's print and online editions.
Posted by Stark Carroll Oil and Gas Partnership at 8:37 AM No comments: